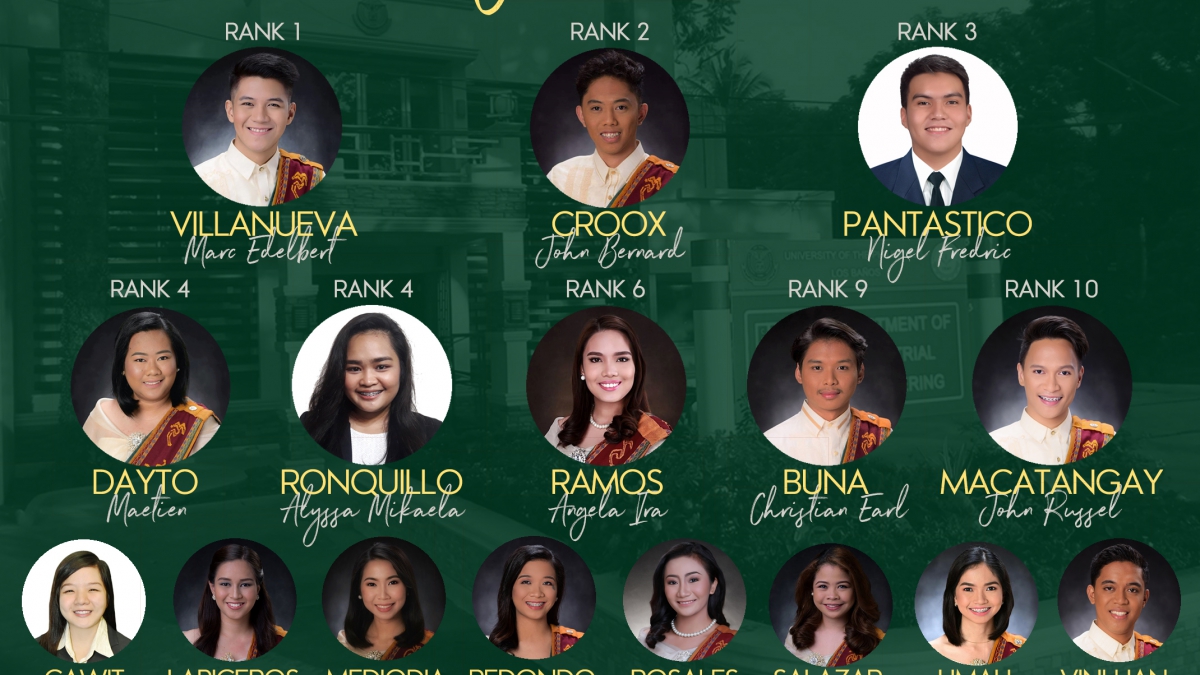 Engr. Marc Edelbert S. Villanueva, who completed the BS IE program in 4 ½ years, scored 87.34% to lead the list of CIE passers. This secures a back-to-back Top 1 finish for UPLB in two consecutive years.

The school likewise maintains 100% passing rate or 17 passers based on department tracking. The national passing rate was reported to be 58.82%.

The CIE exam is administered yearly by the IE Certification Board (IECB) under the supervision of the PIIE to professionalize the IE field. Passers are entitled to be included in the ASEAN Registry of Engineers as Associate ASEAN Engineers. The oath-taking ceremony is tentatively scheduled on February 2019 at Marriott Hotel, Resorts World.